2/28/2020
Written by Chelle Wabrek, Assistant Head of School for Academic Affairs
Happy Spring Break!
Despite the rain and cold I hope you are enjoying the start of a well-deserved break! I was able to begin my break with an inspirational admissions lunch in the scout hut featuring remarks from Meredyth.  She spoke to a packed house of more than 70 prospective families with another twenty joining by Zoom to hear her talk about you! 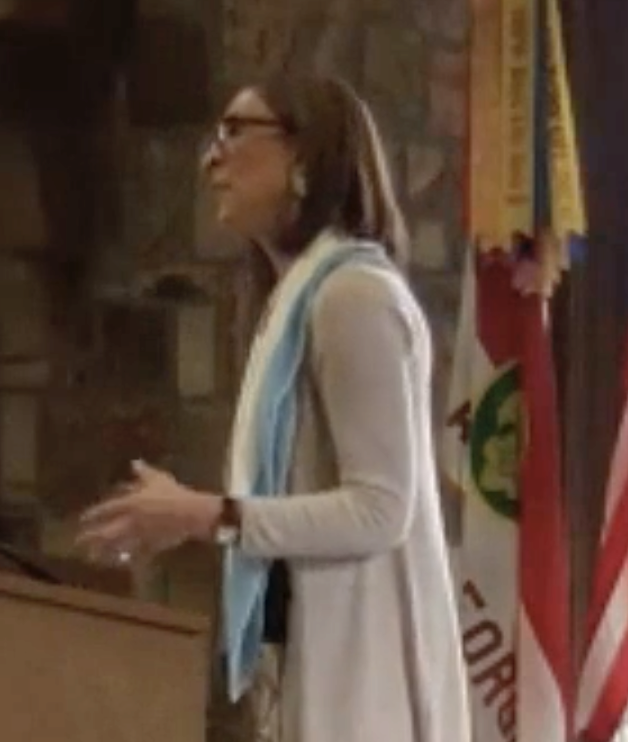 One of my favorite quotes from her remarks remains:

“The innovation, connection, vulnerability and deep thinking I see nurtured in our classrooms are inspiring.  A faculty committed to their kids, their craft, one another and Lovett. Our faculty are REALLY talented, passionate and committed —they transform lives and grow learners by creating learning environments and conditions where learners are actively involved in the creation of knowledge. A Lovett education is not delivered passively!”
She could not be more right!
Each touchpoint we have in the lives of our collective students increases their sense of belonging and makes them feel known and loved. This spirit extends from the IT and development staff members volunteering to do morning carpool this week…… 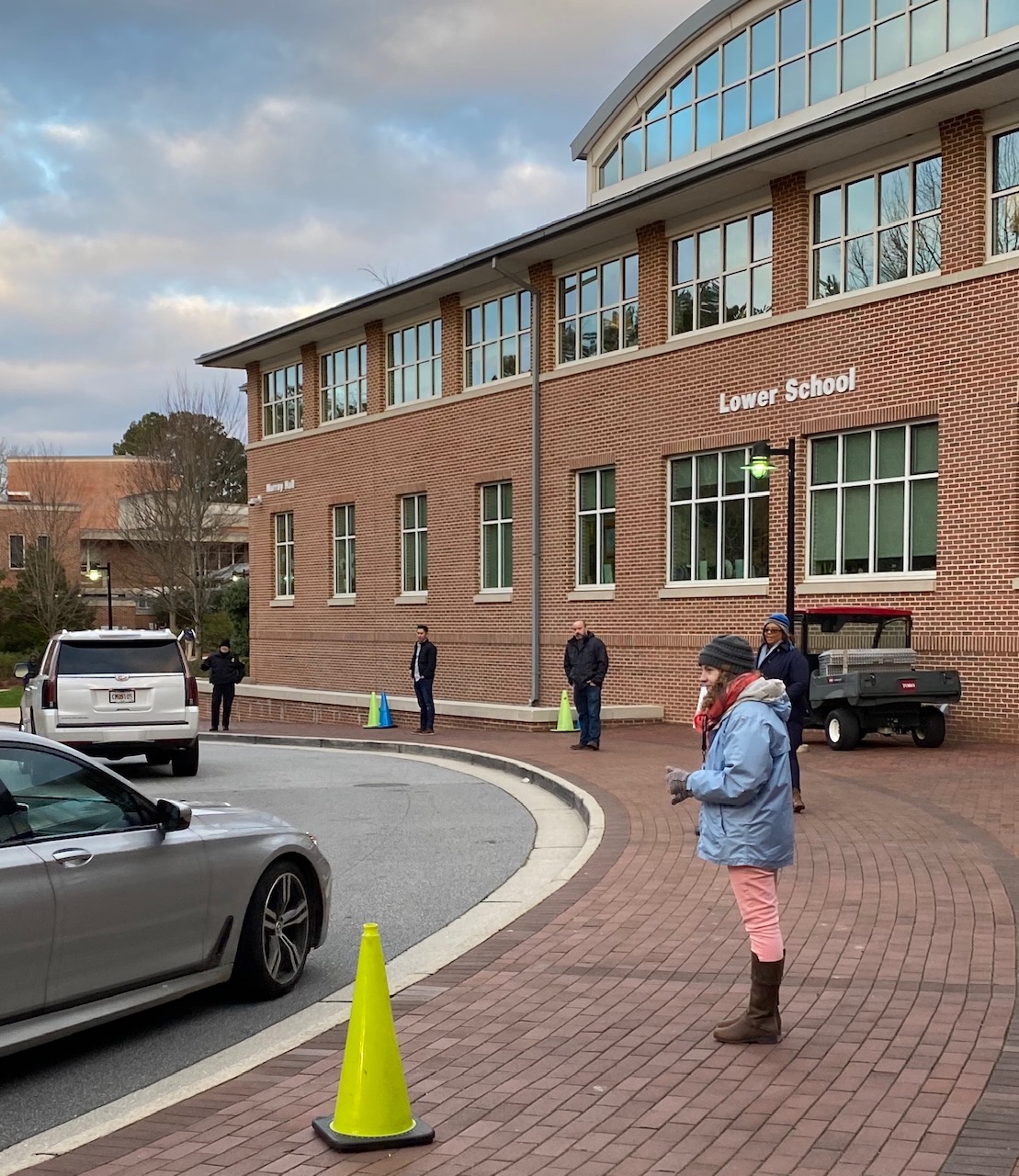 …..(where btw they experienced every form of weather we have here in Atlanta), to our facilities staff…… 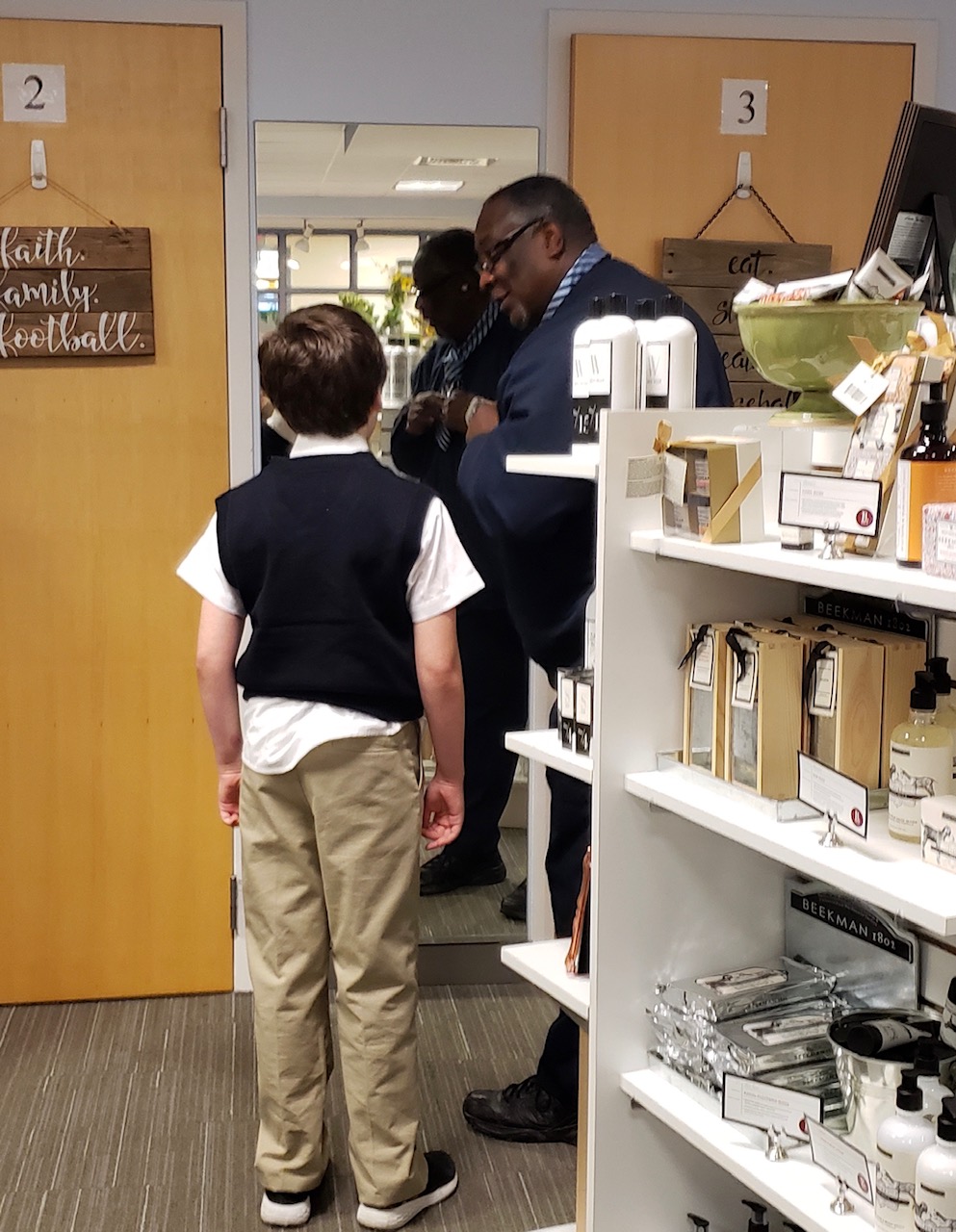 ...who dove in when he saw a middle schooler attempting to tie his tie. Max didn’t miss a beat before motioning for the student to step in front of the mirror where he showed him how to do it -- actively involving him in the creation of knowledge.
Similar connections are seen in classrooms all over campus, as teachers make one-on-one time to conferences with students as they learn to express their writer’s voices….. 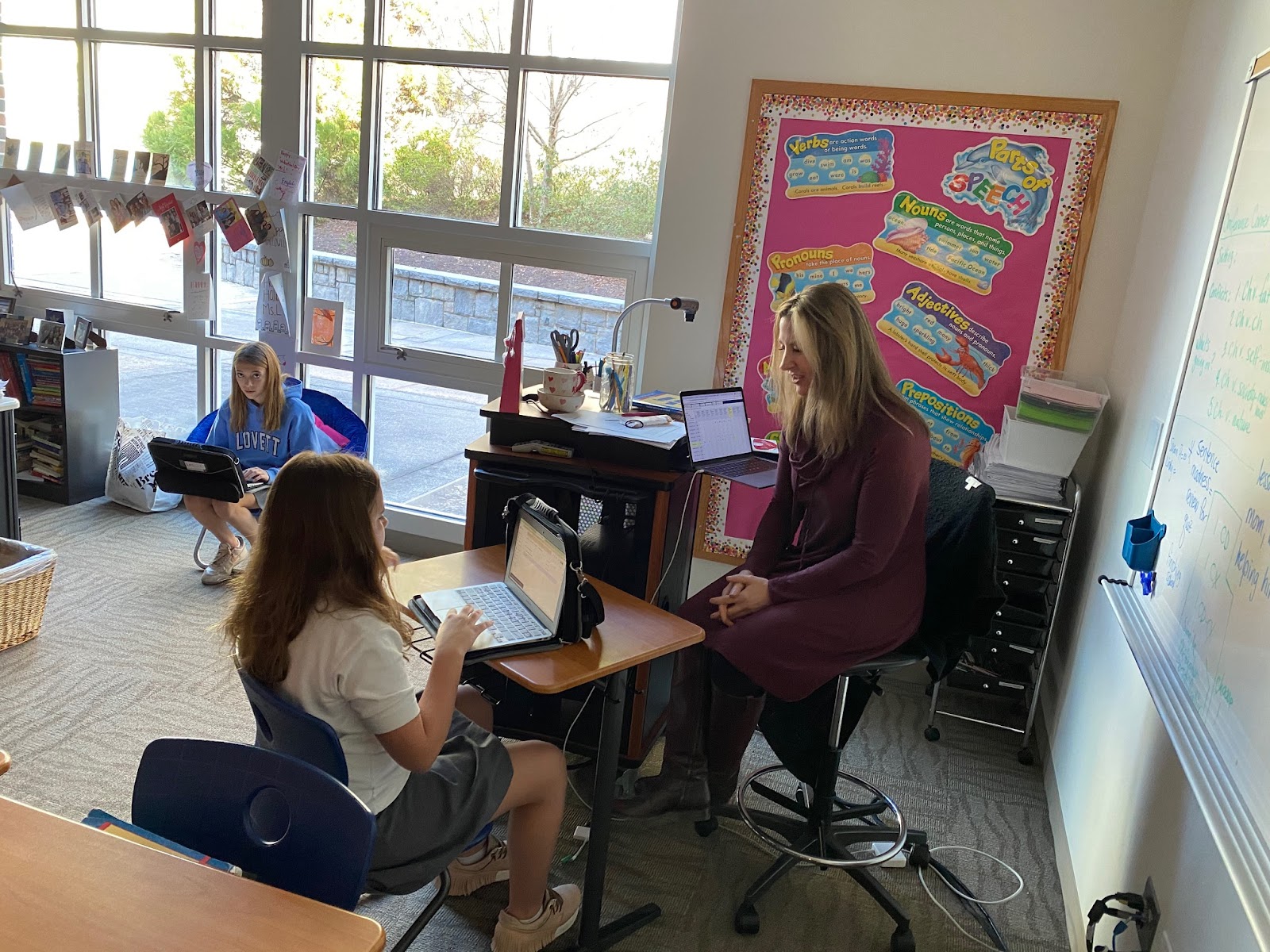 …….in the feedback notes our lower schoolers provide to classmates about their writing…. 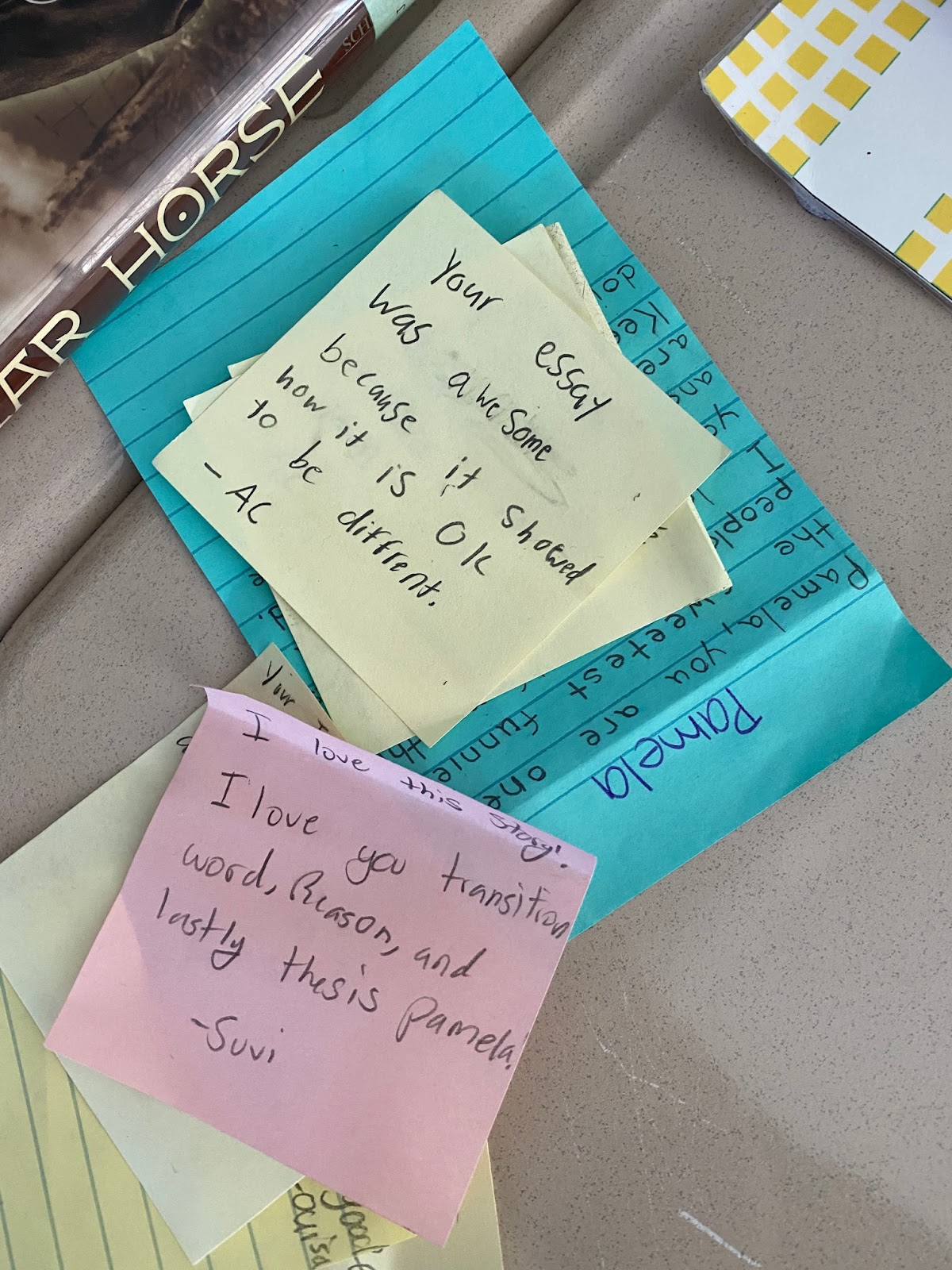 ….and in the deep knowledge teachers have of each of one the students represented in the pile of 40 research papers that will be vacation reading. 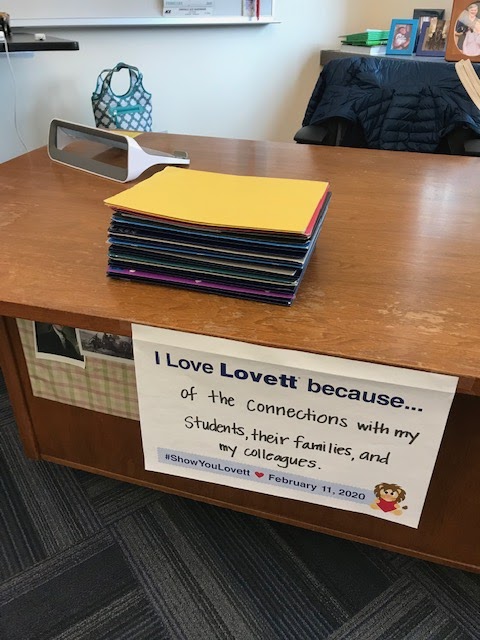 In a five minute conversation, I was able to hear a teacher speak with authentic, inspired enthusiasm about the individual topics this pile holds, from the evolution of camping in America to the role of mythology in the family history a student discovered in conversation with her grandmother. Not only did I hear Meredyth’s initial words echoed, “A faculty committed to their kids, their craft,” the conversation continued to the commitment to “one another,” as I heard about the way teaching partners collaborated to give students meaningful feedback.

Fourth graders shared their insights from recent book clubs with one another, the audience (other fourth graders) listening with rapt attention (because kids learn most eagerly from other kids).  The subject matter was weighty, and the group listened with care and kindness as they heard about Jason, the main character in Anything but Typical, a book about an autistic boy living in a neurotypical world.  At the end of their book talk, one audience member volunteered, “My grandmother is autistic and she would really like the way you talked about this book.” I love that teachers have created safe spaces for students to talk about themselves, their worlds and the challenges it holds. 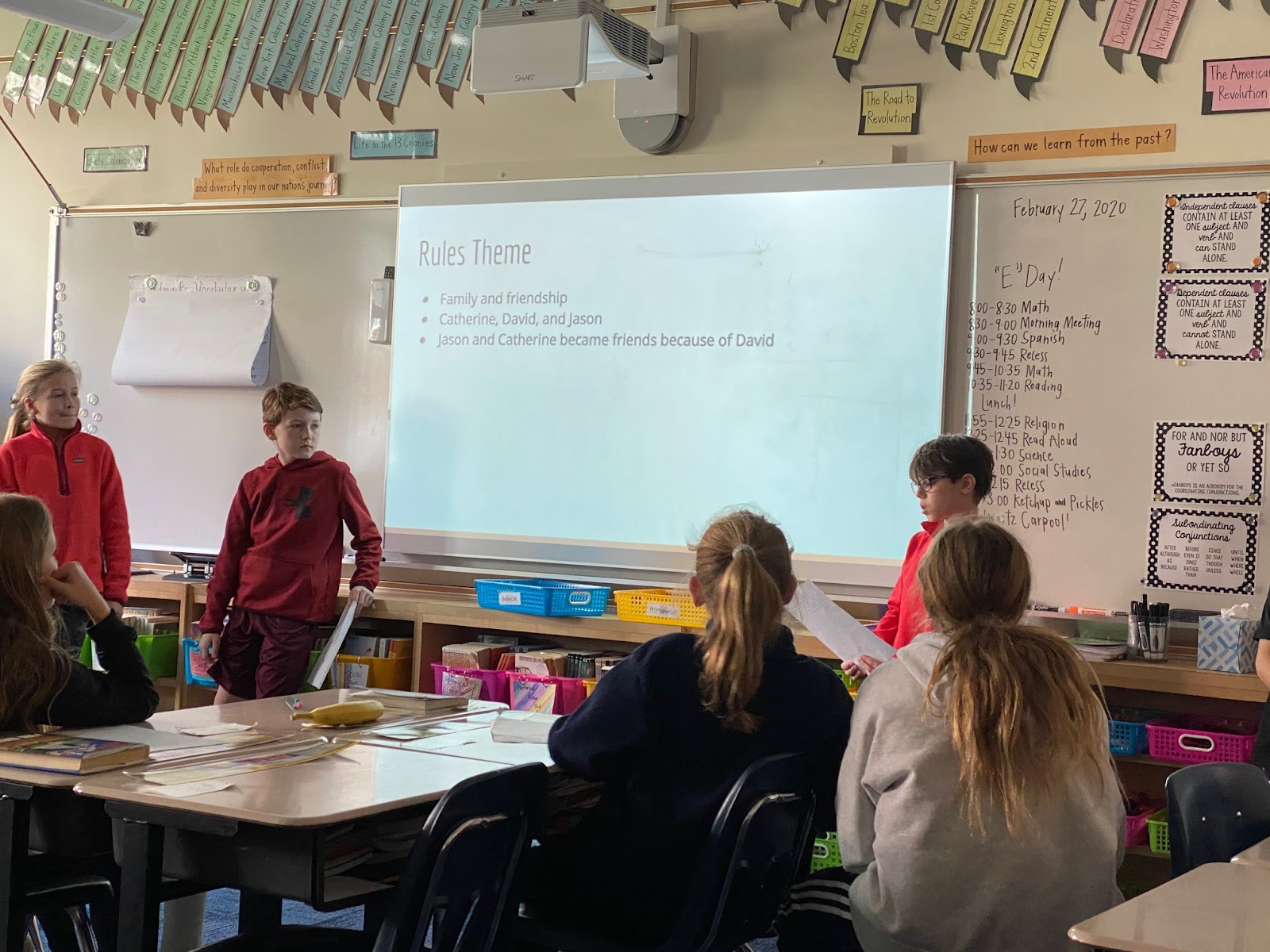 That book talk was followed by one about Sarah Weeks’ book, Save me a Seat, the story of an immigrant boy in a new school and his friendship with another student who has a learning difference.  The group finished by talking about the assumptions people make about each other before they know each other and why its important that people know they belong, that they have a place. The fourth graders noted that this was clear in the book because of a favorite quote from the text, “And when I get there I know someone will be saving me a seat.”
In middle school similar issues of belonging were raised as students debated Korematsu vs.US, a case that challenged Executive Order 9066 which required the relocation of Japanese-Americans into internment camps. 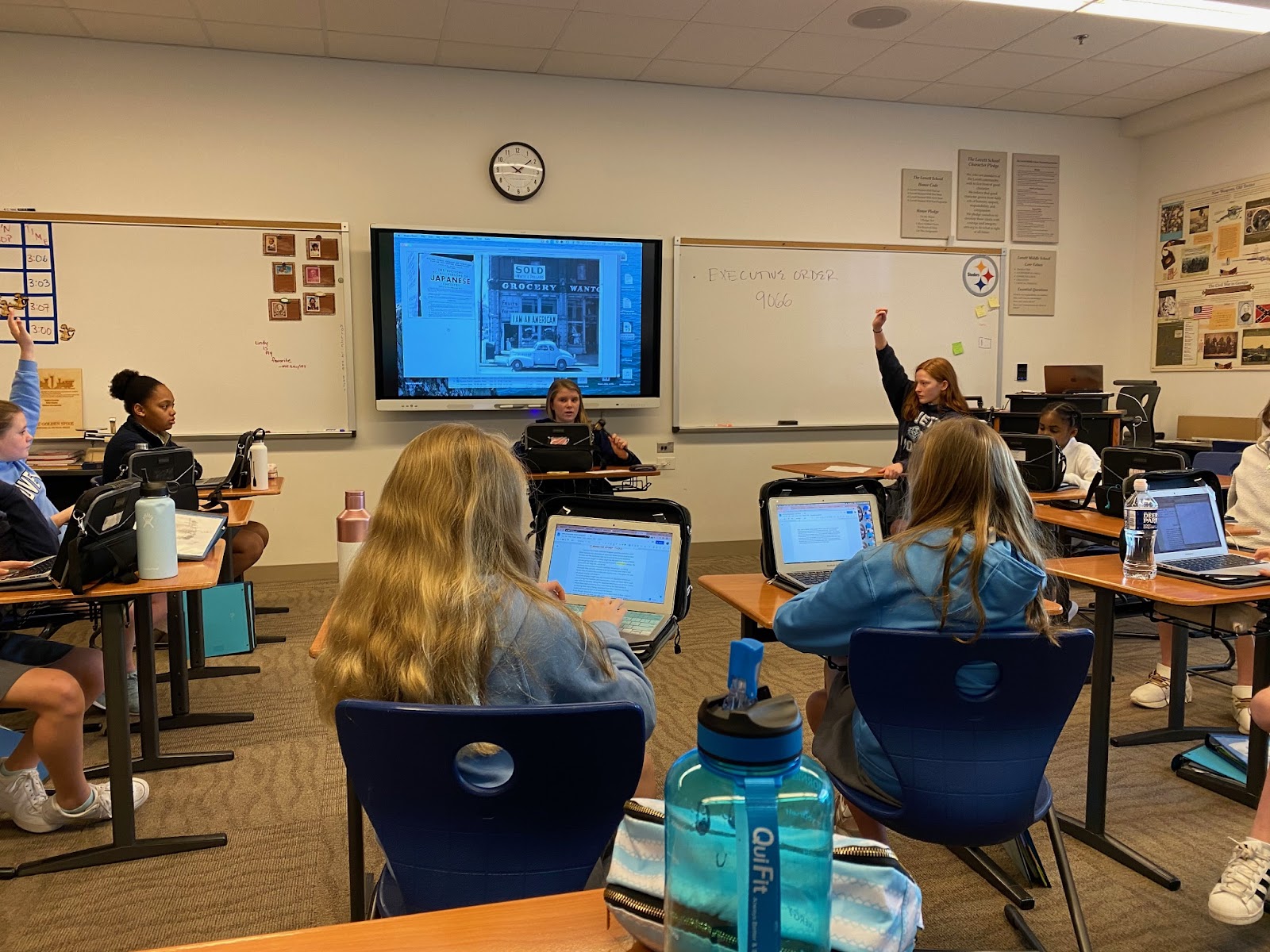 Students were deeply uncomfortable with the forceable removal of citizens from their homes and had a vibrant debate about what the “greater good” meant. Placing the case in historical context, they understood the heightened emotional state of our country following the bombing of Pearl Harbor and were grappling with how to handle pieces of history that run counter to their values. Their ability to see the executive order within the context of the era gave them an even greater sense of how afraid people must have felt during that time.
Upper School Spanish students also found themselves exploring the topic of belonging, as they pitched movie ideas, complete with a short trailer, about an immigrant family making their way in a new country. 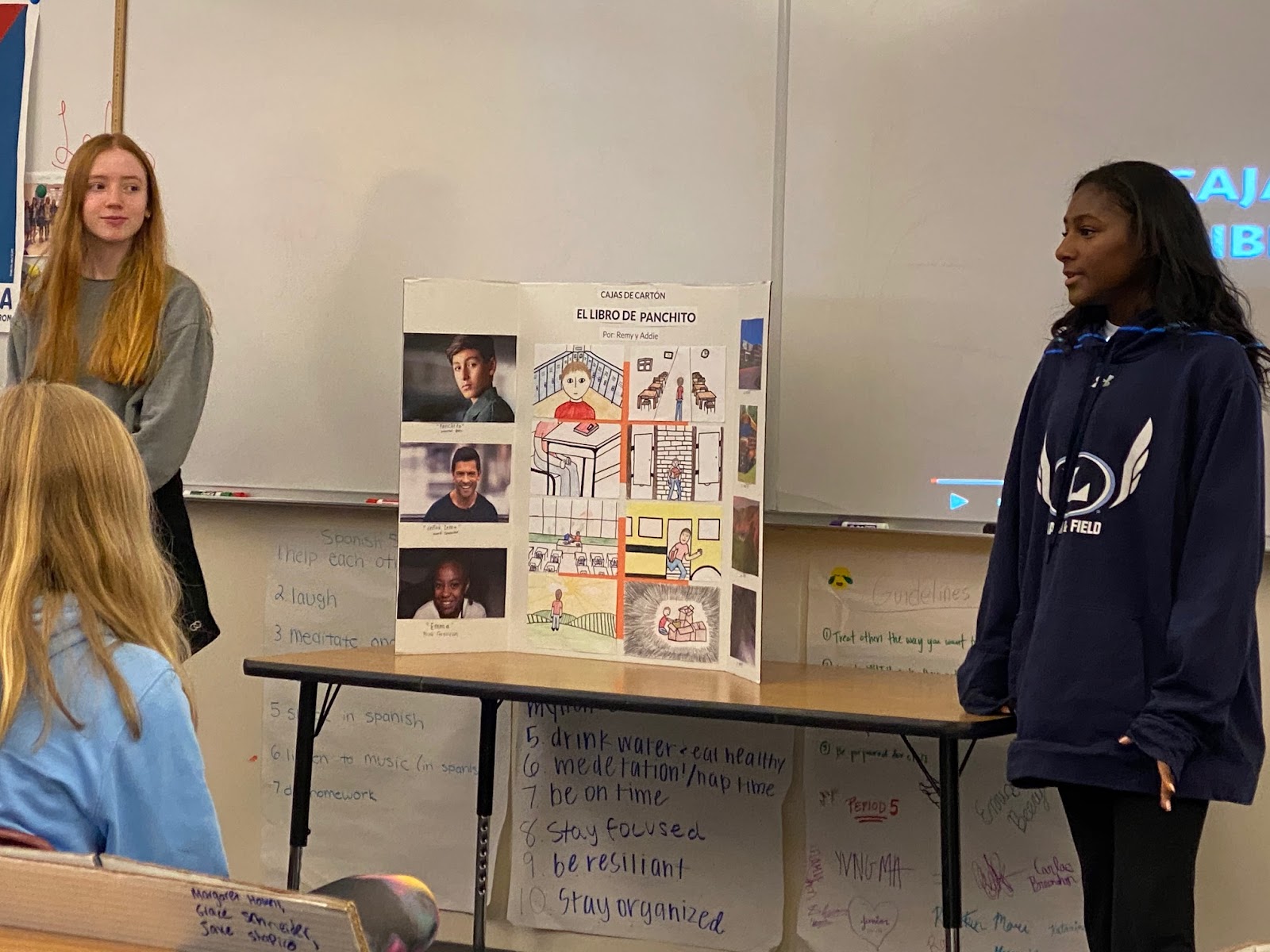 Not only were the students beautifully conversant in a world language, they spoke with compelling empathy about the challenges the family would face.
Whether out students are creating stop motion animation about the earth’s materials….. 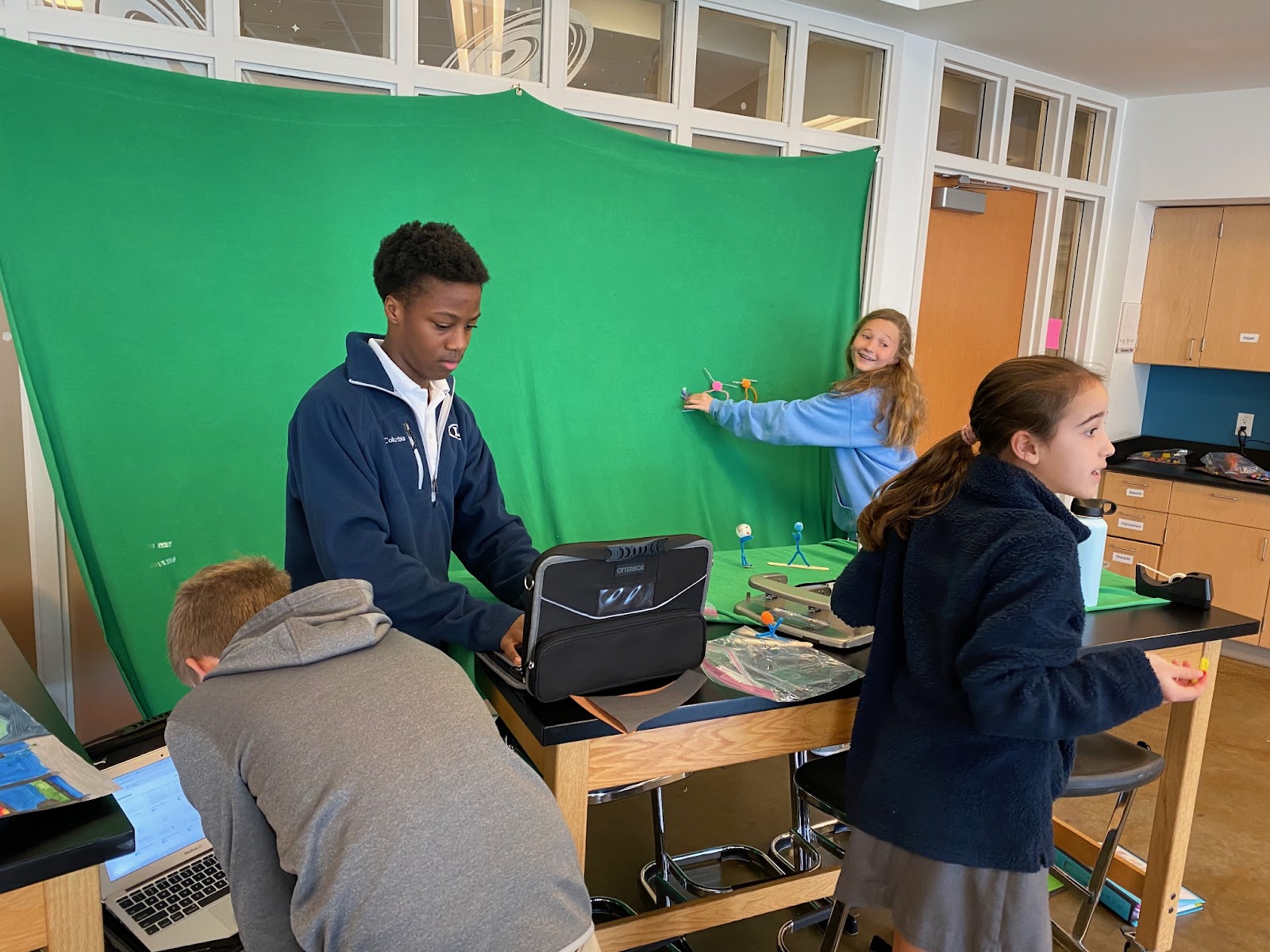 ….or playing a teacher-created World War I simulation game…... 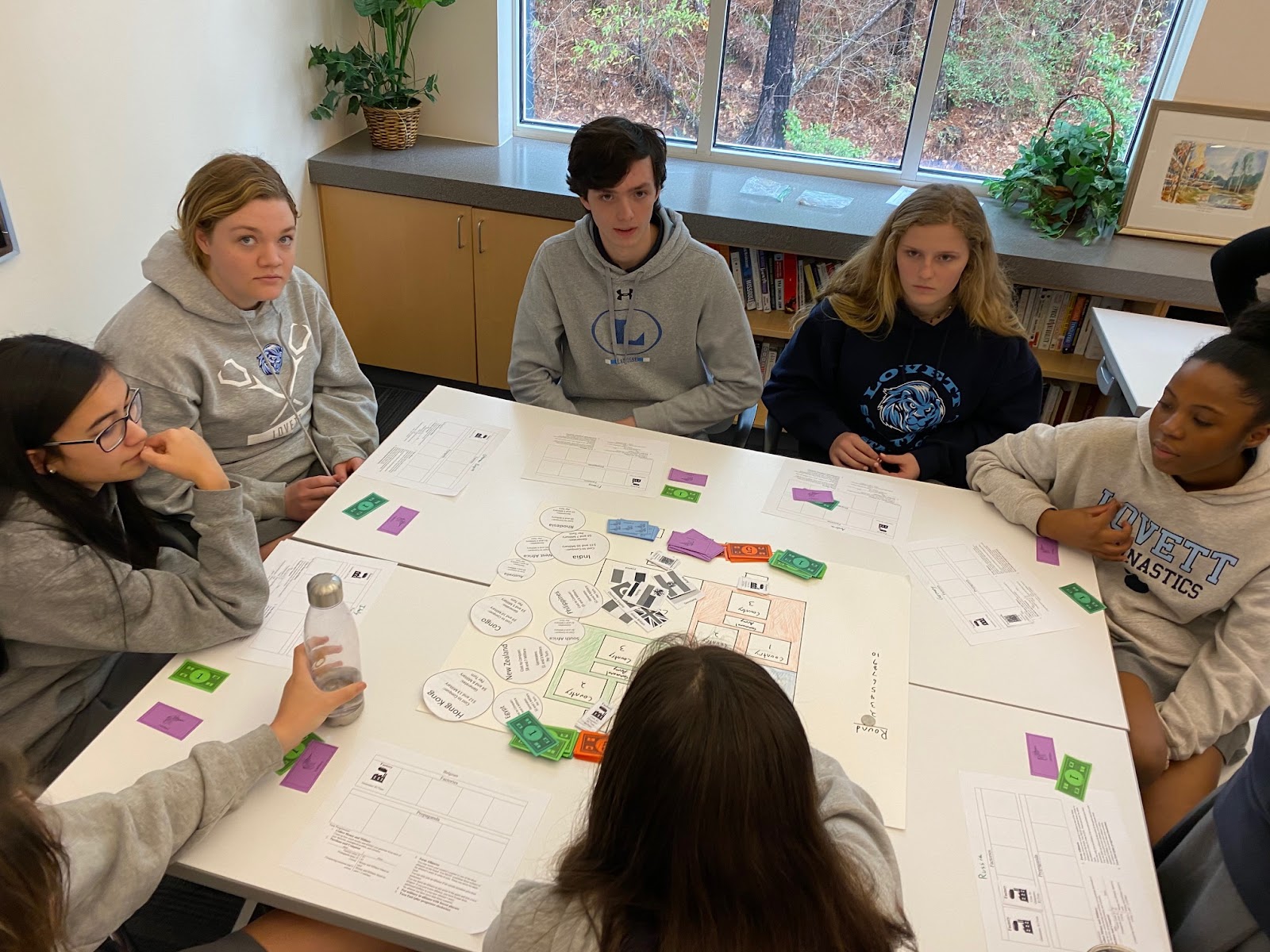 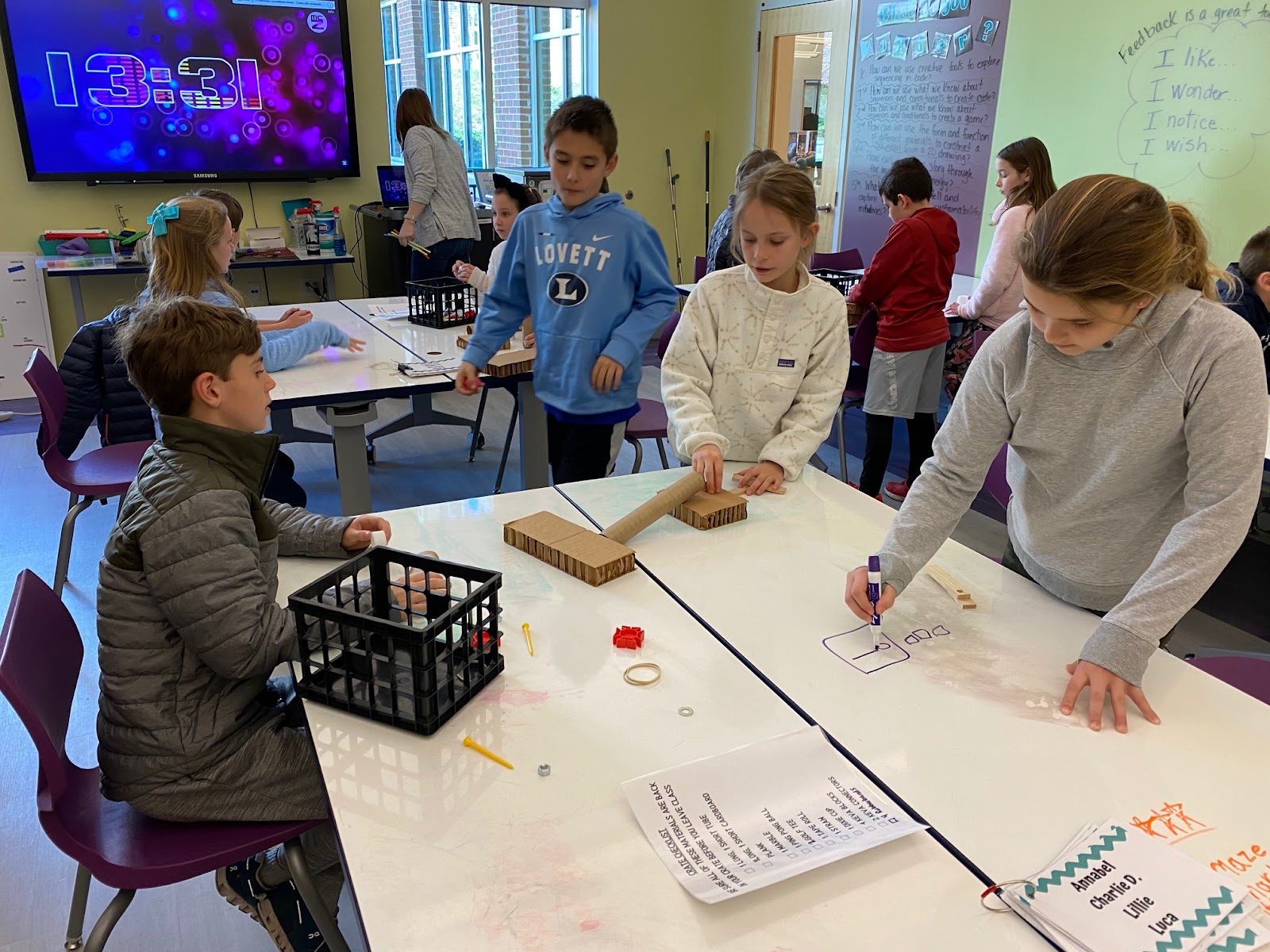 …...Meredyth’s words from this morning ring true.  You are nurturing, “innovation, connection, vulnerability and deep thinking” in our classrooms.  And sometimes in the most unique ways!
Like when AmStud teaching teams task students with creation of a three-song playlist that expresses the ethos of an assigned decade, showing how the songs were a product of the era in which they were created. 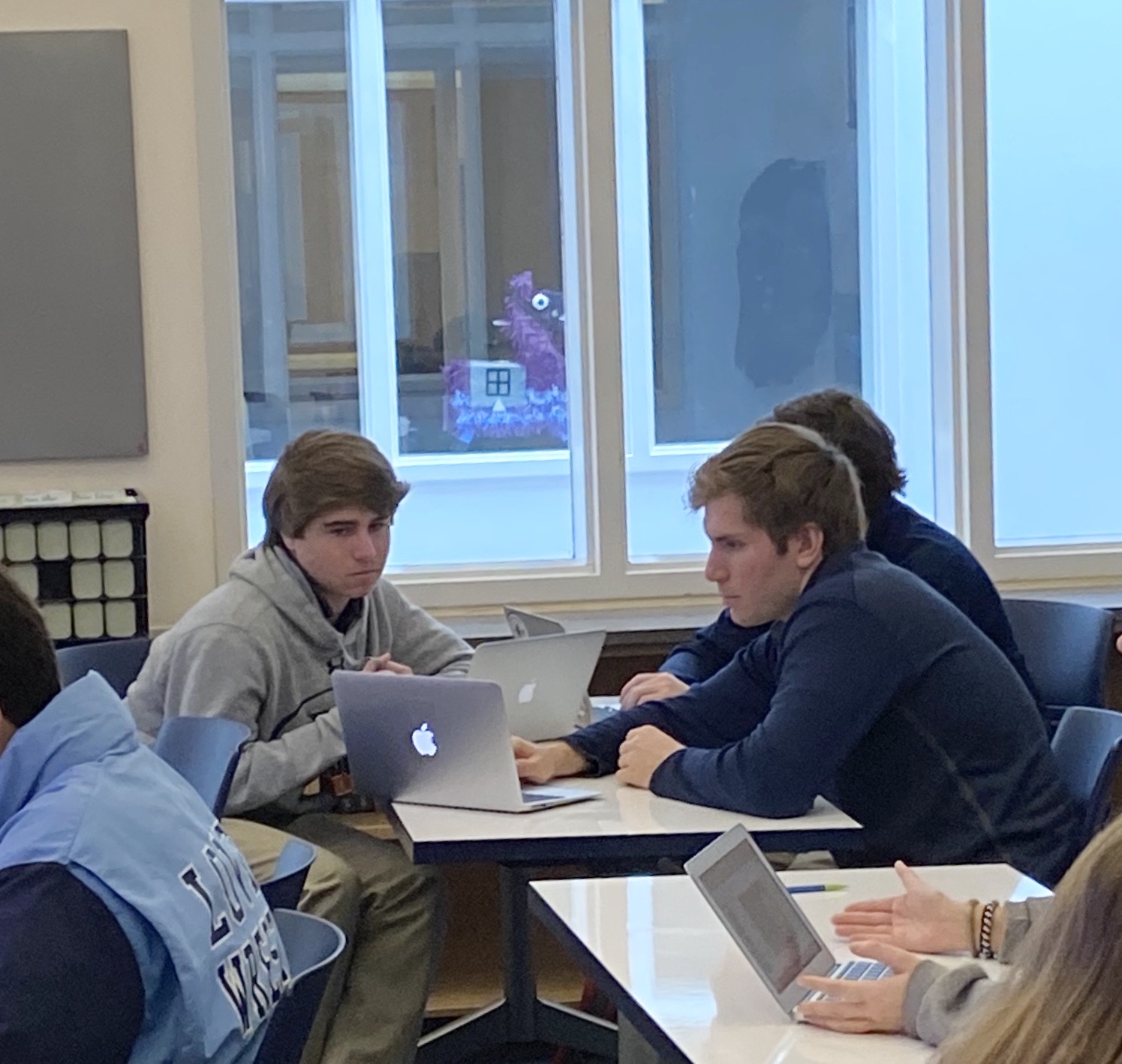 The group tasked with the 1930s chose Bing Crosby’s “Brother Can You Spare a Dime,” Billie Holiday’s “Strange Fruit,” and Judy Garland’s “Over the Rainbow.”  The team painted a vibrant narrative of the decade marked by “economic turmoil within America’s working class, and in response to the suffering caused by the Great Depression, a sense of hope and reform came to white America,” which stood in stark contrast to the experience of African Americans at the time. They used music to tell the individual stories of the decade and to more deeply understand the America of that time. Yet another example of Meredyth’s remarks, highlighting the way “learners are actively involved in the creation of knowledge.”
I had a magical moment in my own class on Thursday, inspired by a passionate Lovett teacher. I had planned a delightfully engaging in-class writing assignment about Odysseus (insert student groans here).  I knew full well it was the day before spring break but I was hoping they would power through. About 12 minutes before class I was grabbing my bag to race upstairs when my eye caught a post-it note containing a tidbit of wisdom this teacher bestowed upon me the day before.  The post-it, referencing a test the teacher was planning to give, noted, “The kids would be uninterested and they would fail.” I reflected (quickly….now 11 minutes and counting until class begins) on something Glenn Whitman said to us last week, “Teachers need to be dealers in dopamine!” So I scrapped the assignment….. 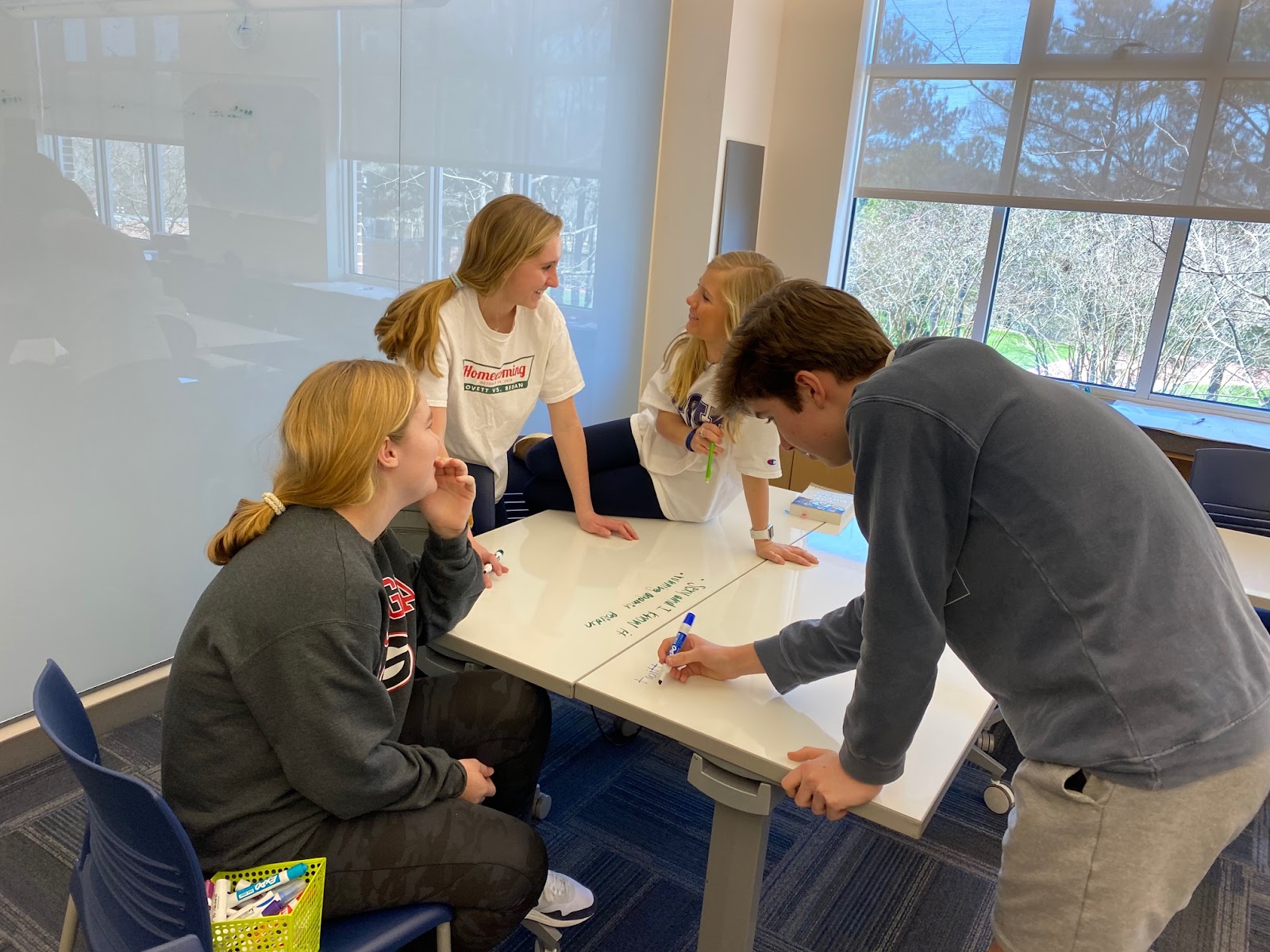 …..and instead got my students to dig into the text in the same way with a different vehicle, planning Odysseus’s 2020 presidential run.  Students had to discern his political party, walk-up song, campaign promises, slogan, running mate, opponent, and craft a 3-minute stump speech using direct quotes from the text.  They were energized and the learning they enacted was substantive. I am so thankful to work with teachers who push me to find ways to best reach students and reach instructional goals while increasing motivation!
Enjoy every minute of your break!
Joyfully,
Chelle
Back