Do you know about the Mind Palace?  If you happen to see Dr. Douglas walking swiftly through the halls of Upper School followed by a gaggle of AP World students, run to catch up!  He is walking them through their “mind palace,” an active, mnemonic device designed to help students “associate the proper nouns of history through time periods” (Thank you to my buddies, Lily and Jordyn Siegel for helping me keep up!). 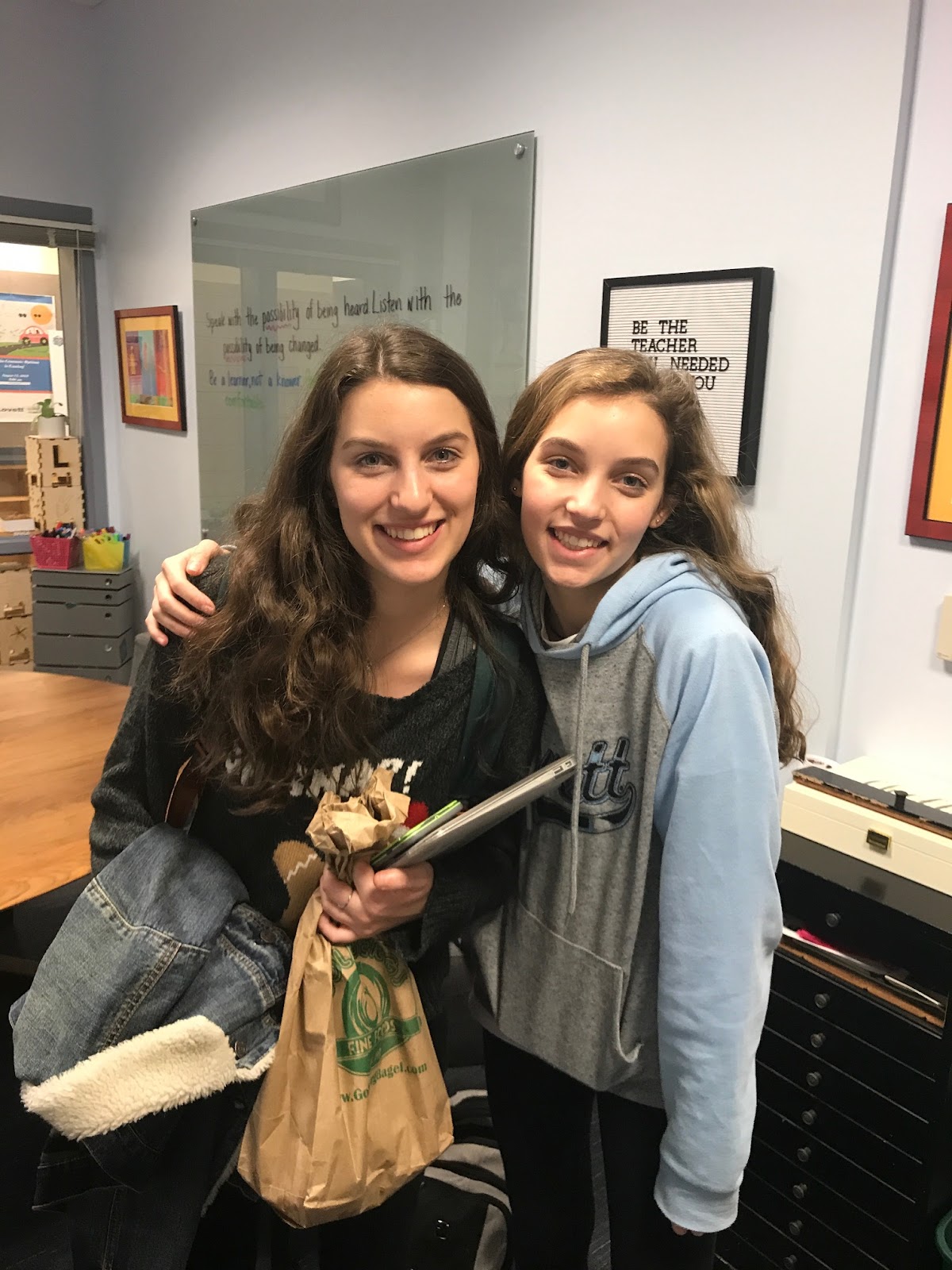 As students explore eras of history they associate familiar locations at school with the important proper nouns they will need to refer back to when sitting for the AP test.  Having trouble visualizing this? Have no fear, the Siegel girls, walked me through one era. 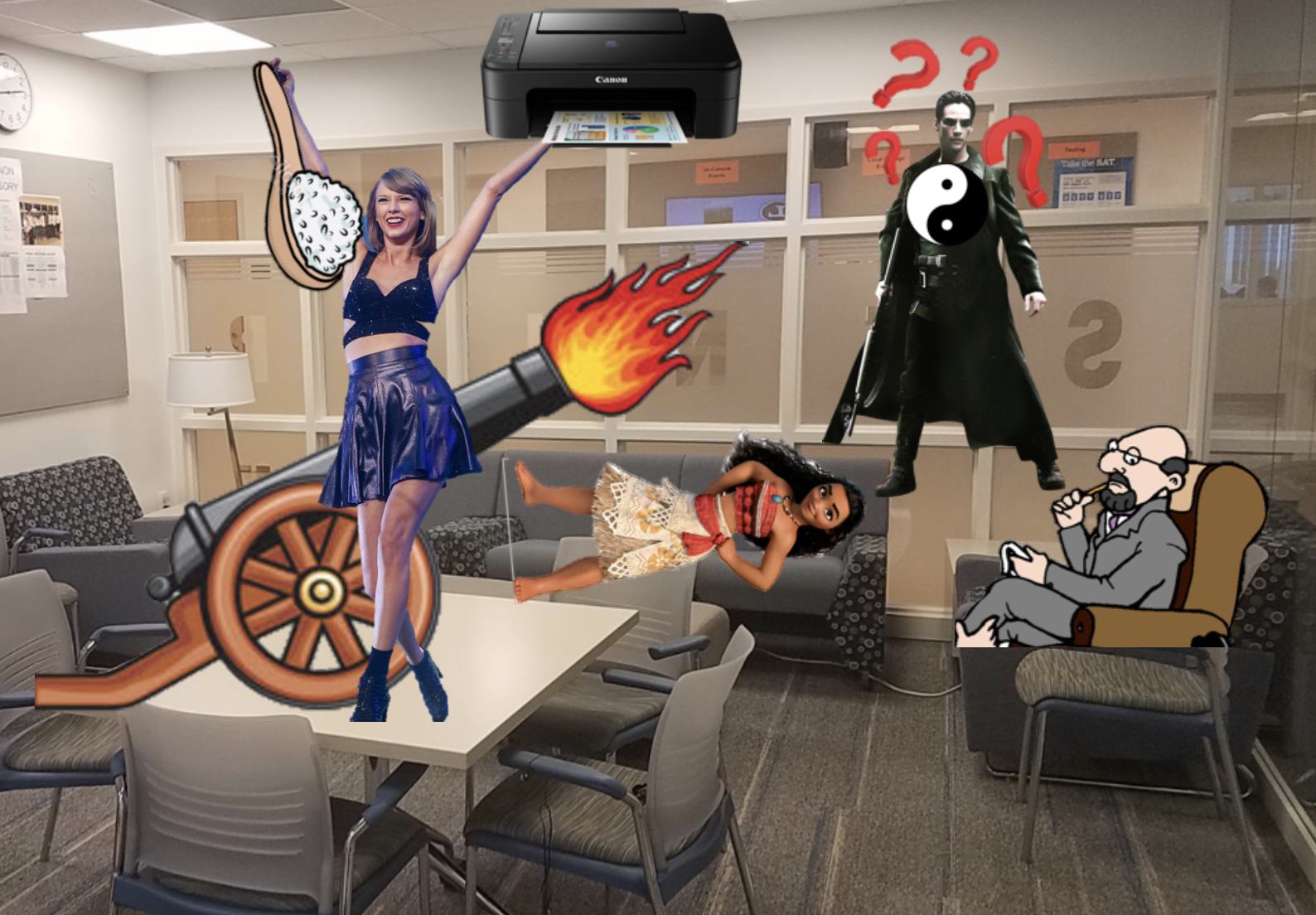 When studying the Song Dynasty students imagined Taylor Swift (“Song”), holding a printer in one hand (the Song developed the first movable type printing press) and Chompa rice (Proper nouns are key) in the other, stands in front of a cannon (the Song developed gunpowder....also reference Swift’s song, “State of Grace,” where she croons, “pierce the room like a cannonball”).
Do you see a therapist (Theravada Buddhism) and Moana (Mahayana Buddhism) standing on either side of Neo (Neo-Confucianism...a blend of Confucianism, Buddhism and Taoism...hence the yin-yang)?  Well Neo-Confucianism flourished during the Song. Thank goodness for the Siegel sisters for the details of JUST ONE SPOT!
English students were reviewing as well.  One group enacted their knowledge from all the texts deconstructed during the semester.  Each student was assigned a character (Polonius, Ophelia, Grendl, Beowulf, John Grady Cole, etc. and began a dialogue in character. 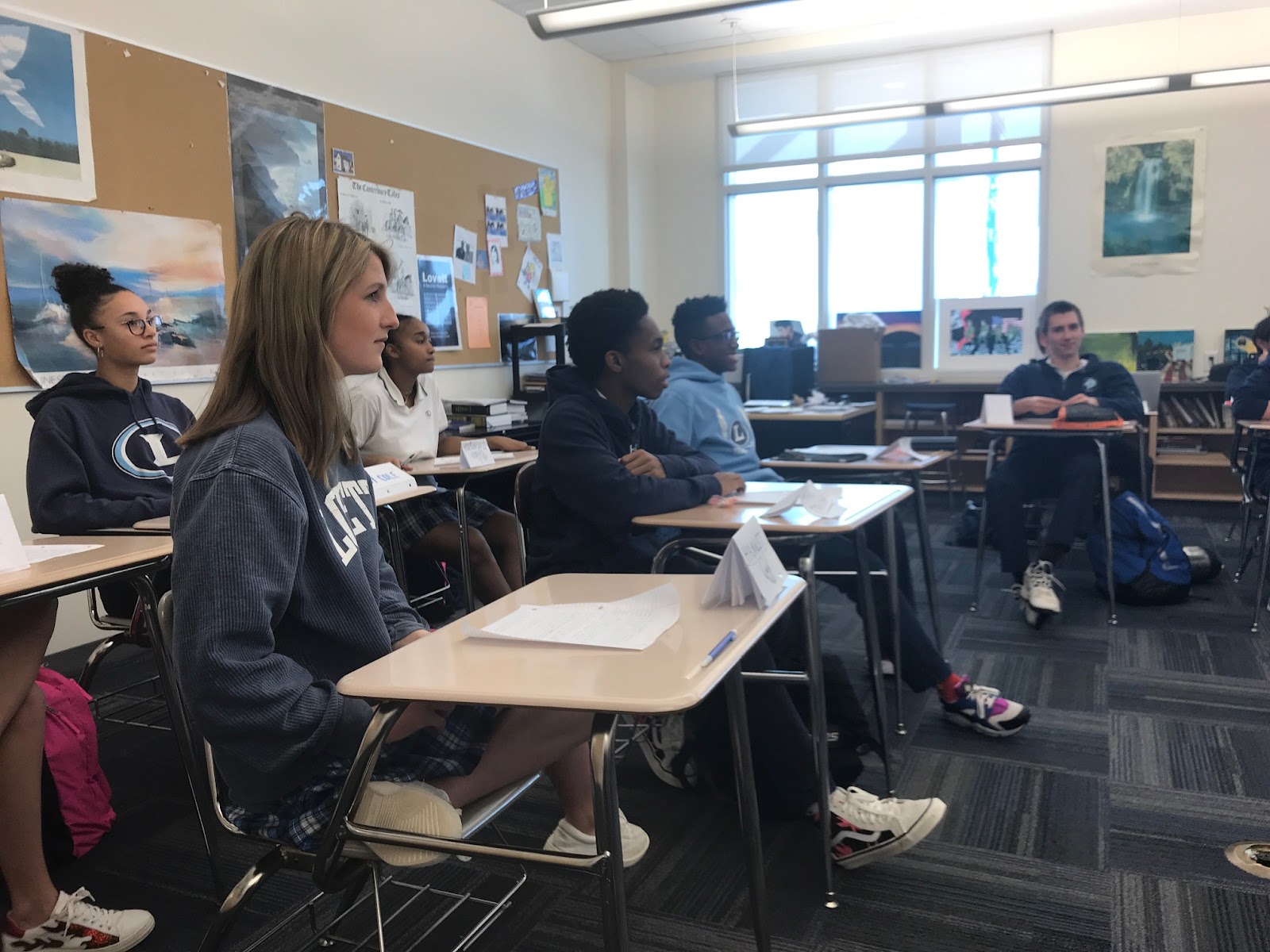 They answered a range of questions:
Study in middle school was also in full force and set off an email battle royale.  One teacher launched a video of her students singing their tune, “You Can’t Divide by Zero” sung to the tune of Rudolph the Red-Nosed Reindeer. “Zero’s a lovely number
It will multiply and divide just fine
But you can’t divide by zero
‘Cause the answer’s undefined.”
Not to be outdone, no fewer than six other MS teachers began songwriting!  “Oh Algebra, Oh Algebra, How lovely are your properties!” 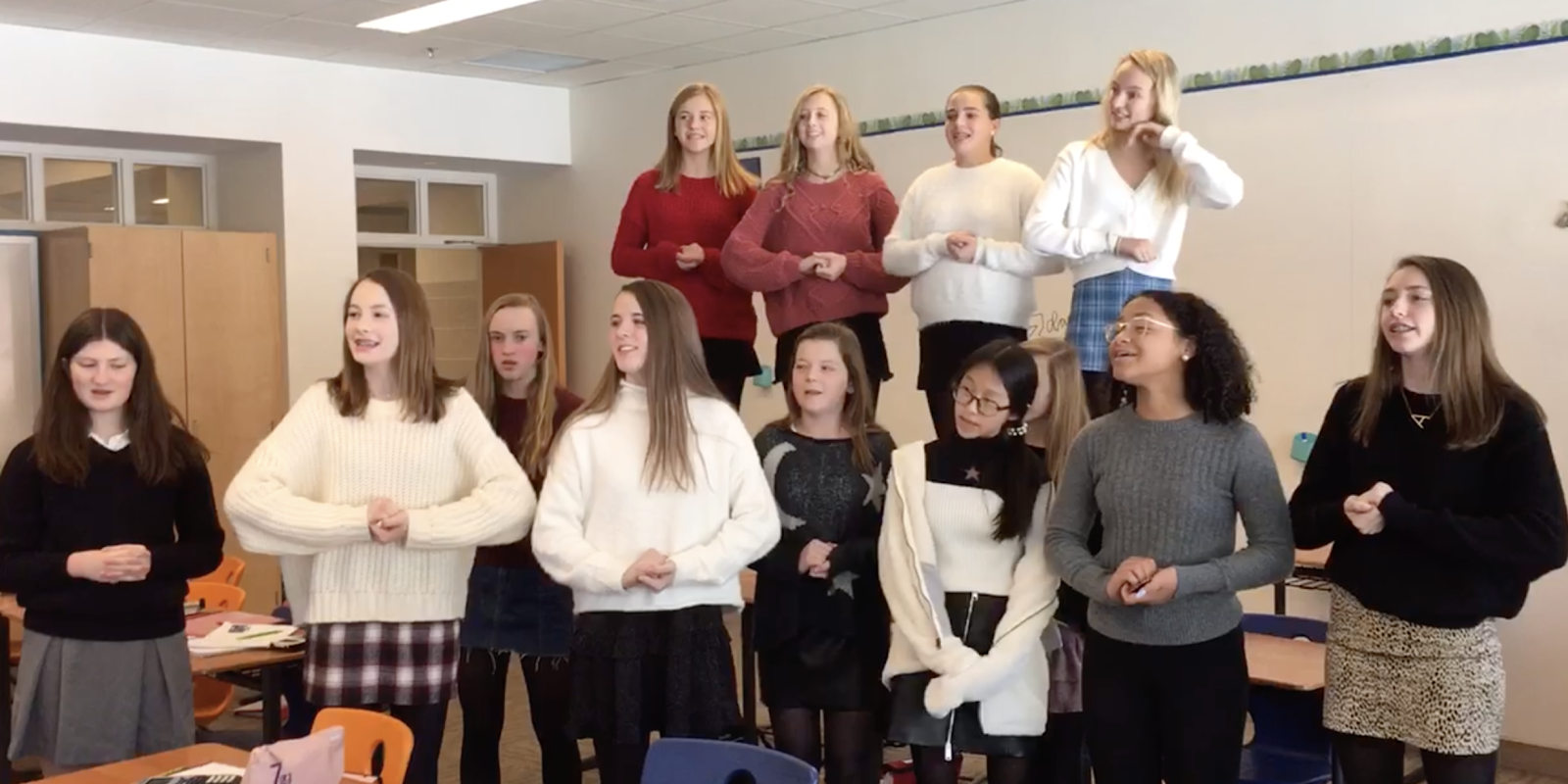 “Zero’s a special number
Has a shape that looks like O
And if you want to use it
There are some things you need to know!” 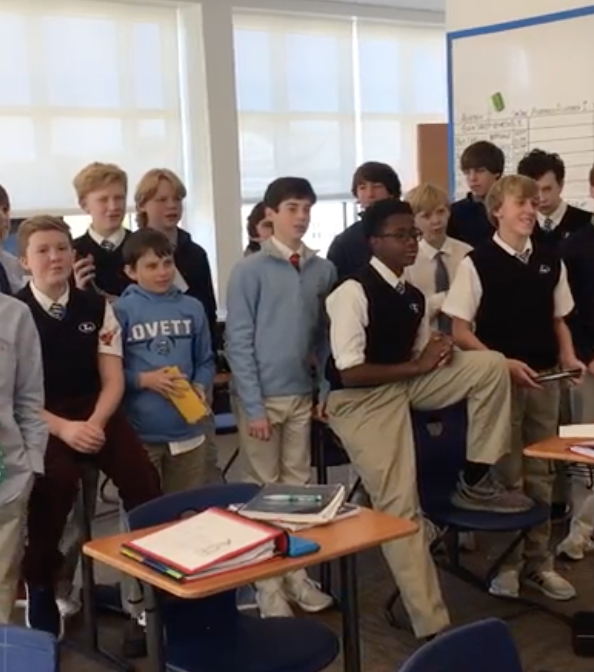 Lower School, free from exams, continued learning in full force.  I was blessed enough to shadow a 5th grader this week. While they had their fair share of holiday fun…..Grinch watching with Kindergarten buddies…. 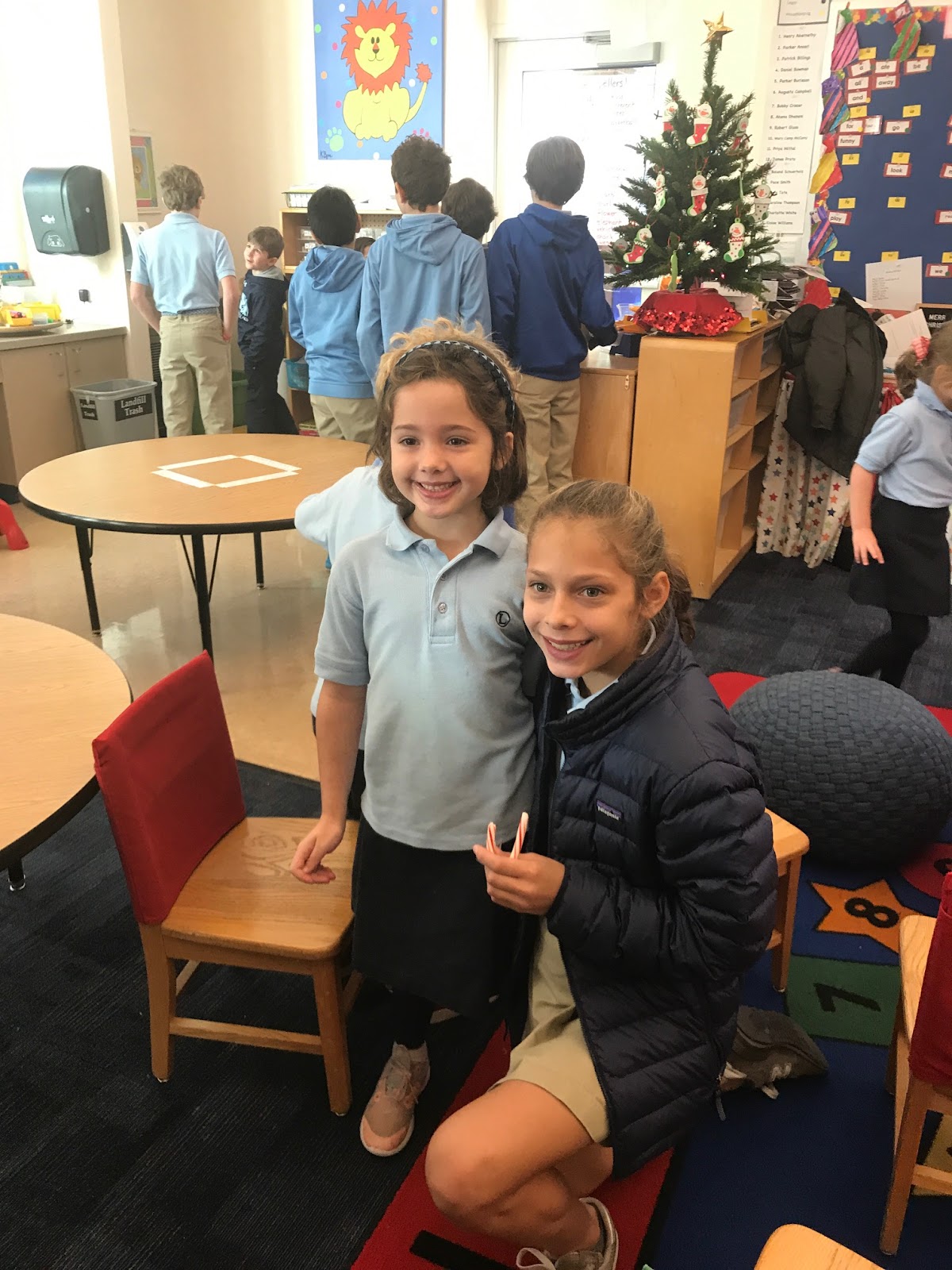 ….their work in the classroom was focused and engaging.  Did you know that fifth grade uses a block schedule to integrate math and science, and then literacy and social studies?  In ISM (integrated science and math), students discovered the “why” behind the order of operations. 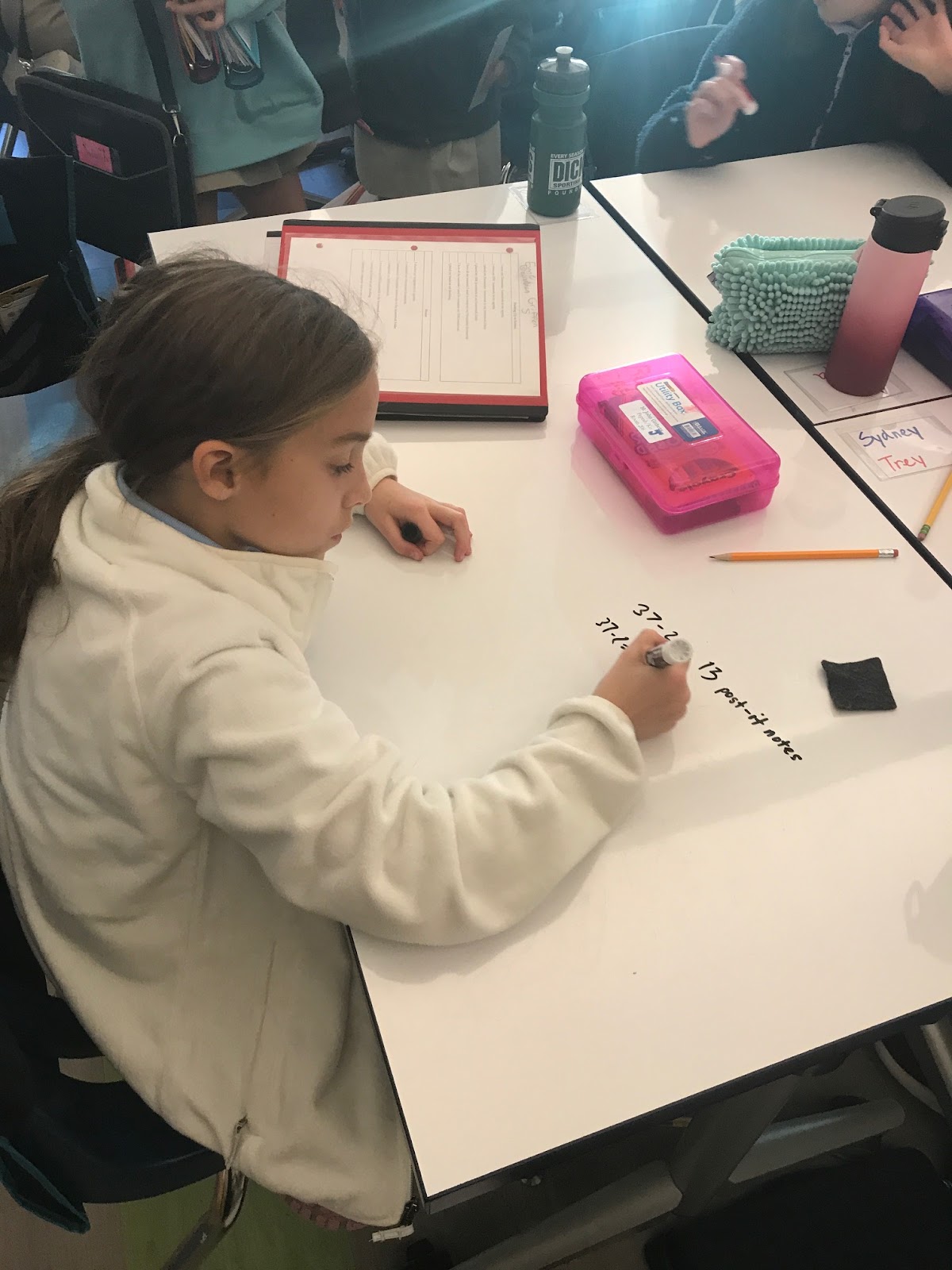 Students began by solving 37 - 2 x 14 in whatever way they could.  Debate between 490 and 9 ensued UNTIL the a word problem representing the same content was presented:
Ms. Peprah has 37 post-its. She places 2 post-its on each page of her notebook.  Her notebook has 14 pages. How many pages are left?
As students waded through the language the answer to the first number sentence became obvious and they extrapolated their experience into a rule.  Talk about sticky learning!
Students then returned to a collaborative board game project they had begun.  Inspired by a FEAST presentation from Bob Amar, students played cooperative board games, like Pandemic, and then began to create their own. 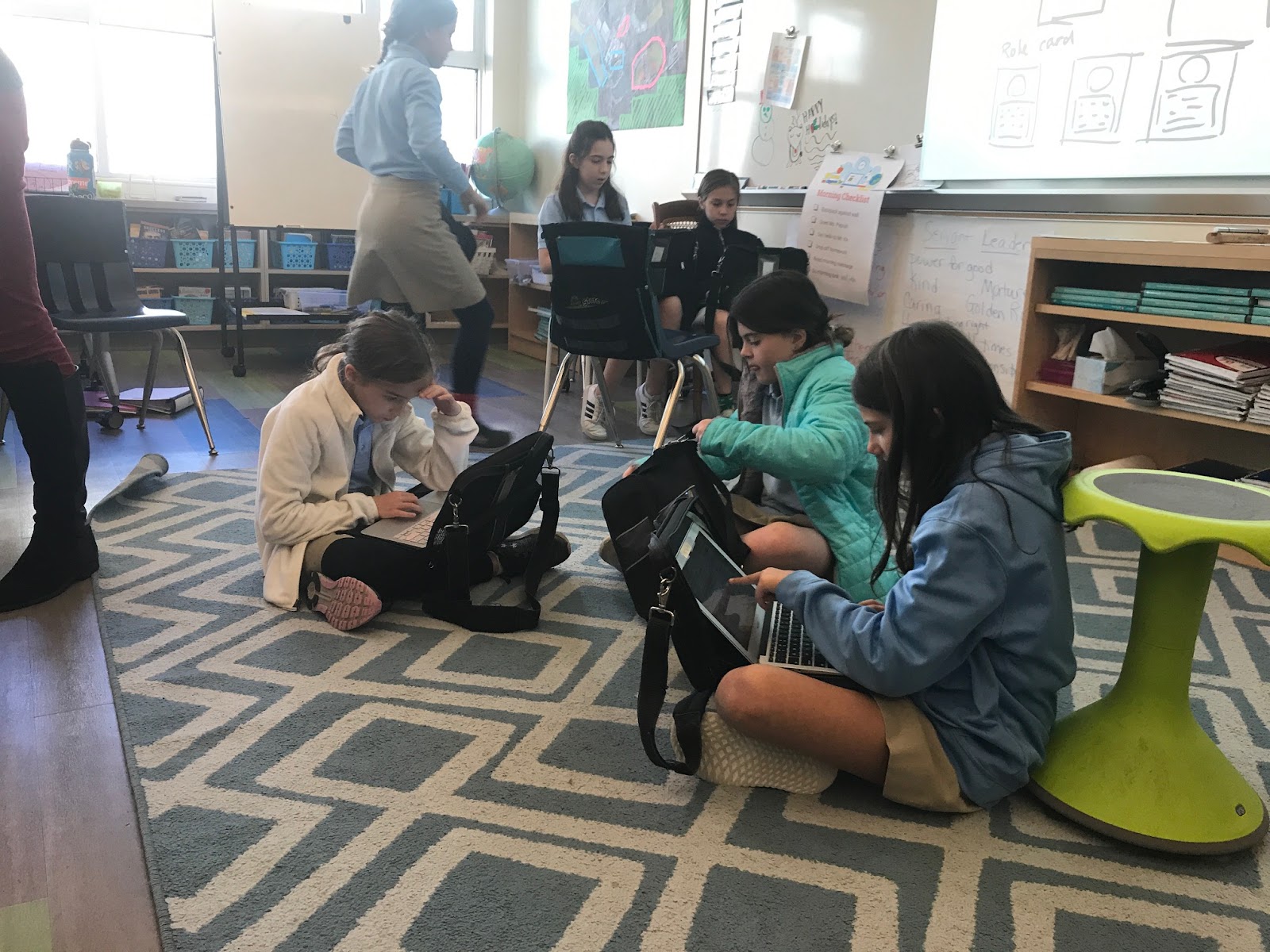 One game featured “Bring Your Pet to School Day.”  The pets were desperate to escape the classrooms by working together prior to lunchtime where LIVER might be served!  Other teams fought off a Zombie Apocalypse or helped bear cubs reach their mothers. Understanding the core principles of a cooperative game instead of a competitive game was key.
I would be remiss to sign off without highlighting the witty talents of both lower schooler’s who decorated a “Geometree”....... 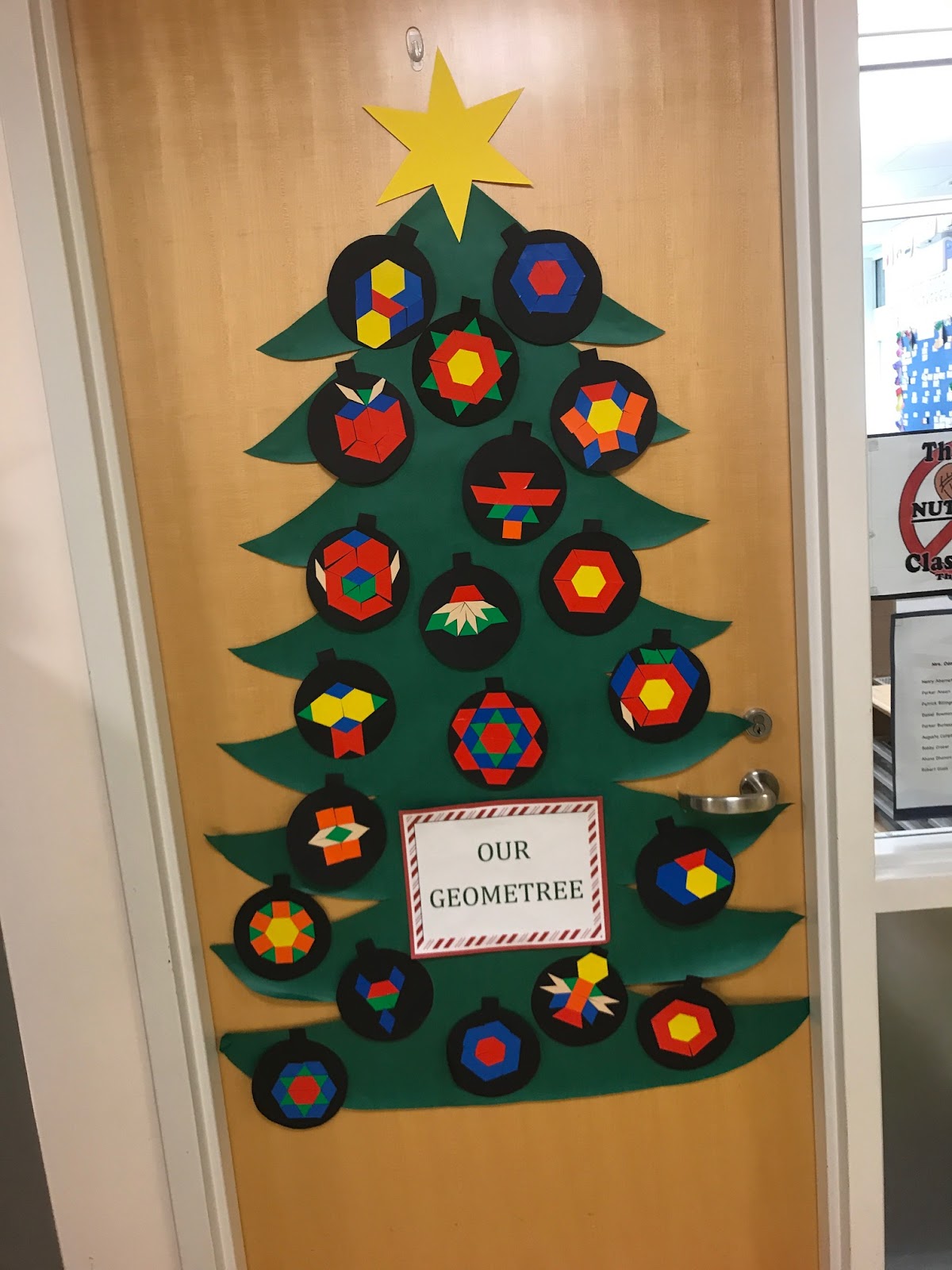 ….and middle schoolers who created a “Chemistree.” 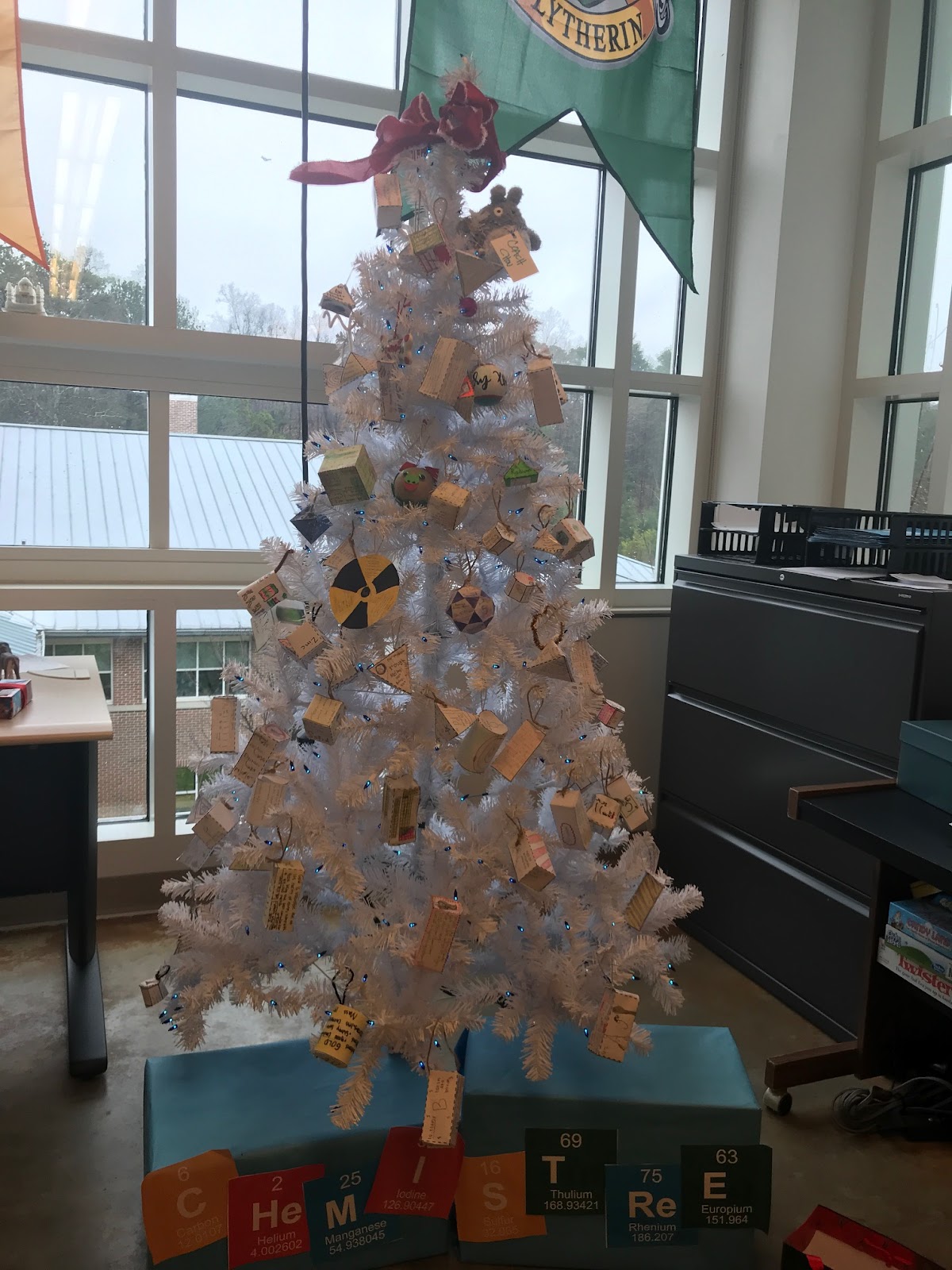 Tis the season…….for creative teaching and engaged students.  Thank you for being awesome!
Back