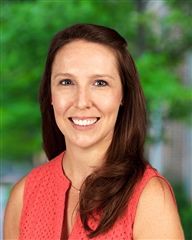 Associate Director of College Counseling
melissa.benski@lovett.org
Melissa Benski joined Lovett’s College Counseling team in 2019.  She is originally from New Jersey and relocated to Atlanta in 2018.  Melissa completed her undergraduate degree at Loyola University in Maryland, which is also where she began her professional career in education.  Upon graduation, Melissa joined Loyola’s Office of Undergraduate Admission and spent two years there as an admissions officer. She then relocated back to the New York area and spent several years working as a teacher and a school counselor in New York City.  Melissa earned Master’s degrees in Teaching and School Counseling along the way. Then in 2012, Melissa joined the Office of Undergraduate Admissions at New York University and over the course of six years was ultimately named an Associate Director of Admission.  As Associate Director at NYU, Melissa was in charge of enrollment at four different undergraduate colleges. In 2018, Melissa made a long-desired transition to “the other side of the desk” and accepted a position as the College Counselor at Atlanta Jewish Academy. After spending a year growing and learning at AJA, Melissa was excited to join Lovett's College Counseling team in 2019. Melissa has membership in the Southern Association for College Admissions Counseling (SACAC) and the National Association for College Admissions Counseling (NACAC).
Back