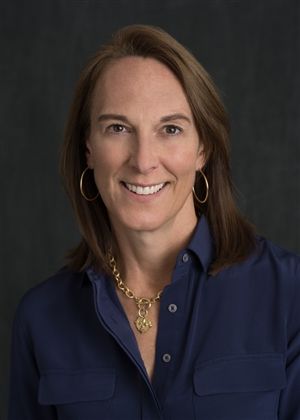 Knowing content and skills. Knowing oneself. Knowing the world. These are the qualities we are committed to instilling in our students to improve our school, our city, our society, our environment, and our world. Welcome to The Lovett School, a community who seeks to develop young men and women of honor, faith, and wisdom with the character and intellect to thrive in college and in life.
When I joined the school, I made the decision to move the portrait of our school's founder, Eva Edwards Lovett, into my office. Her image has proved to be a wonderful reminder of the responsibility I hold to steward her vision of a classically progressive education and a focus on the whole child.
I find it remarkable that Mrs. Lovett articulated and modeled an educational approach nearly a century ago that remains more relevant than ever. She wisely valued the inherent characteristics of childhood: honesty, curiosity, creativity, acceptance, and humor. She insisted on teaching children how to learn, as opposed to what to learn, and how to think, as opposed to what to think. In her own words, her goal was "to teach children to think for themselves, to recognize a problem and think it through, to develop their judgment, to decide for themselves, to accept responsibility."
As an educator, I embrace Mrs. Lovett's belief that the total development of the child—intellectually, socially, artistically and physically—is of paramount importance. As a community, we share her hope that Lovett graduates will pursue lives of purpose, responsible influence, and authentic leadership, no matter where their individual roads might take them.
I look forward to getting to know your children and to partnering with you as we navigate together the complexities and delights of childhood, adolescence, teaching, learning, and parenting.